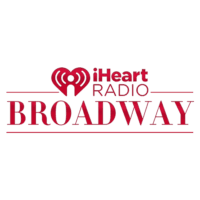 If the canon of musical theater had been researched the same way that ‘70s and ‘80s Classic Hits had been researched, resulting in a consensus group of 350 crowd-pleasing hits, Sirius XM’s “On Broadway” channel would still go deeper. That’s their job. ‘70s on 7 plays “The Family of Man” by Three Dog Night, not just “Carry On Wayward Son” and “I Will Survive.” I’m glad “On Broadway” will play Laura Benanti’s bravura “Model Behavior” from “Women on the Verge of a Nervous Breakdown.”

But I’ve also wondered over the years what “Lite FM for showtunes” would sound like. Would it parallel how AC radio handles Christmas music—a tight universe of all-time greats, grounded in ‘40s, ‘50s and ‘60s MOR with a relative smattering of newer compositions? Would it target a younger audience and build a mother/daughter coalition around “Wicked,” “Hairspray,” “The Little Mermaid” and the musicals currently being widely performed in high schools? Even if your brief is “only crowd pleasers,” you’re dealing with a 75-year-plus swath of music since “Oklahoma!” There are a lot of options.

iHeart Radio Broadway debuted on Jan. 14 on the HD-2 channel of WLTW (Lite FM) New York—making it literally “Lite FM for Showtunes.” I listened the next morning. I heard it again six days later. The two stretches I heard were different, so it’s likely still taking shape. As with “On Broadway,” there’s a lot of music from the last 15 years. The focus is indeed more on big, recent hit shows than Sirius XM, but It’s not quite as tight as that might suggest, and it seems to be evolving.

On my first listen to iHeart Broadway, there were a lot of those hits from the past few years, including a lot of recent revivals—e.g., “Before the Parade Passes By” from the Bette Midler production of “Hello Dolly” and “Greased Lightning” from the recent live TV version of “Grease.” There was Jessie Mueller’s “She Used to Be Mine” from “Waitress.”

There were song choices and other content that underscored the difference between channels. iHeart Broadway played “You’ll Never Walk Alone” from last year’s production of “Carousel.” I tuned to Sirius XM a few minutes later and heard the deeper “When The Children Are Asleep.” iHeart has produced vignettes hosted by New York Post Broadway columnist Michael Riedel; last night, I heard one with Andrea McArdle talking about “Annie.” This morning, Sirius XM’s Seth Rudetsky was doing a longer interview with Sierra Boggess, ending with a cabaret number based on “The Minute Waltz.”

I heard iHeart playing “Welcome to Nowhere” from “The Band’s Visit.” It’s up to the reader to decide whether that counts as “playing the hits” or as taking a shot. “Nowhere” is a funny, accessible song from the 2018’s Best Musical Tony Award winner. (Composer David Yazbek also wrote “Women on the Verge…”). But “The Band’s Visit” is an ambitious quality musical whose success wasn’t pre-ordained. Hearing it felt like a Triple-A crossover among the CHR hits, even if it was a Triple-A crossover that went on to be “Ho Hey.”

On that first morning, iHeart Broadway reminded me of the various attempts to contemporize the Adult Standards format a decade or so ago, taking advantage of the Rod Stewart standards albums and the younger audience’s interest in swing and Vegas lounge music. But I went back the following week and there was a much wider spread of eras, as well as more depth from more recent shows.

So is my vote here for the broad or ambitious station? Or the one that’s tighter (but seemingly expanding by the day?) It’s not necessary to choose. I drive around the New York area listening to Classic Hits on WCBS-FM, “Classic Oldies” from a generation before on WMTR Morristown, and six Sirius XM decade channels. If I were to critique either channel it would only be to note that my own hypothetical channel, “Sean Broadway,” would sound yet different. But so would your playlist. Now that showtunes is a format, it’s one that naturally gives itself to debating the choices, even among relatively casual fans.

The amazing part, of course, is that showtunes is a radio format. Many years ago, I remember airchecking a series of suburban AMs. One was all-comedy. One was all-Beatles. One was all-showtunes. All were gone quickly. Now, three formats once thought too niche for radio, are all on Sirius XM. It’s great having easy access to showtunes. In my family of Broadway lovers, it’s great to have two choices that don’t involve streaming. And there will be punch wars.