The Things We Left Undone 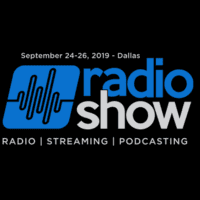 The HD Radio ads started nearly 15 years ago. They were hard to miss for a while, even when only broadcasters themselves and the most dedicated hobbyists owned an HD radio. The ads tried to explain “stations between the stations,” but to most people, the concept was nebulous, and so was the navigation of the radio, something confirmed when I went to buy an HD Radio. Then the Pandora app came to the iPhone and made clear which new technology was truly embraced by consumers.

HD Radio’s most prominent role now is to feed FM translators — some of which fill needed niches and provide a valuable public service, some of which are just spoilers. Had America developed an easier-to-use and more robust HD Radio, we might now have the viable digital tier that exists in the U.K. or Australia (where usage of streaming audio alternatives is indeed lower these days). At worst, broadcasters would have had more additional stations ready for the age of streaming. Instead, the job of providing and organizing niche channels remained with satellite radio, HD Radio’s intended target.

But the HD Radio campaign has been rendered an obscure memory by the onslaught of subsequent initiatives. HD Radio itself evoked memories of the early ‘80s AM stereo campaign (which also began before the hardware was readily available, with listeners being asked to position two radios slightly to the left and right of their desired frequency). Broadcast radio’s proliferating digital competition has spurred numerous industry-wide and/or on-air initiatives, most of them worthy, each of them obscured by a new priority before the job is finished with the previous one. Often, broadcasters expend just enough resources to waste them.

A decade later, broadcasters campaigned on a similar scale for an activated FM chip in cellphones. Under the happiest circumstances — a cooperative electronics industry, an excited consumer base, an easy solution to the measurement of earbud listening — NextRadio was under too much pressure to “solve everything.” But even a modest beachhead for audio on the phone would have provided those few extra occasions that broadcasters crave. Now the ample on-air inventory that HD Radio and NextRadio received is deployed to multiple fronts — smart-speaker listening, encouraging station app downloads, and now group podcasting efforts.

One of the common threads over the last 15 years is that our industry of communicators and creatives never quite finds the right sell. We message in a uniform and often rote manner. One year it is “like us on Facebook; follow us on Twitter” with no further incentive to do so. Now it is “download our app and take this station wherever you go.” From NextRadio to “download our skill, then say, ‘Hey Alexa, play … ” there is often app-ification involved that undermines the strong point that is radio’s simplicity, but never offers an irresistible alternative.

As broadcasters moved from initiative to initiative, there were other major issues that would have benefited from the same sort of concerted, industry-wide effort:

As the industry gathers in Dallas for Radio Show 2019 next week, it is already possible to sense some broadcasters starting to view podcasting as the next 1948-style reinvention of our business — an opportunity to concede the music battle and still have something to move on to. After 70 years, “Suspense” and “I Love A Mystery” aren’t just the network shows we heard our parents and grandparents reminisce about; suddenly, they’re the episodic forerunners of today’s true-crime genre.

Merely viewing podcasting as radio’s escape hatch is like thinking of migrating to Mars as the answer to climate change — the most draconian choice for a problem not easily solved under any circumstances.  Not everybody will make it onto the spaceship — only a few broadcasters begin the process with both product and distribution — and the problems of home will follow those who do. For both the benefit of those still making a living from local broadcast radio, and those looking beyond it, those issues must be tackled with the same vigor as each silver bullet.

The quality and quantity of spots, and what we choose to sell them for, remain an issue, even if broadcasters evolve to podcasters. For those who are not NPR, iHeart, ESPN, or Entercom (and perhaps even for those who are), so is needing industry unity to achieve scale. Broadcasting and podcasting will better promote each other when everybody better provides one-stop audio shopping on a well-organized platform. So, ahem, will playlisting — an obvious extension of radio’s strengths that has somehow not become an industry campaign. Fixing the radio industry we have is the first step in keeping podcasting or any future silver bullets from becoming one more of the things we’ve left undone.