Morris is best known for his seventeen year run programming iHeartMedia CHR 101.3 KDWB Minneapolis and later programmed for CBS Radio in Minneapolis and Tampa before heading to Miami. 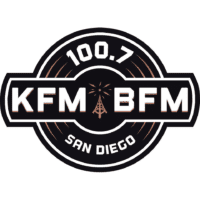 Esparza, who previously hosted nights and mornings at “Rock 105.3” KIOZ and mornings at Alternative “FM 94.9” KBZT, joined KFMB-FM in July 2017 replacing Vasquez in the afternoon daypart.

The addition of Mike V will add an interactive dynamic to the show while keeping the heart of “The Mikey Show” intact. “The Mikey & V Show” will focus on local as well as national content to keep you entertained on the drive home.

Mikey Esparza said, “I’m really happy about this new chapter in my career. Getting to work with Mike V. who is a true professional is going to be fun and he’s a blast to work with. Just a couple of dudes having fun on the radio!”

Mike V. added, “Mikey and I have become great friends and we’ve always felt like our off-air interactions would make for entertaining on-air content. We have natural chemistry, so I’m looking forward to seeing where this goes!”

University of Washington’s Public News/Talk 94.9 KUOW Seattle has eliminated its seven morning and afternoon anchor, newscaster and producer positions. The station is replacing those positions with new host, producer, and reporter openings for those dayparts but with different duties.

iHeartMedia Colorado Springs announced that Samantha Kumm has been named Market President, effective immediately. iHeartMedia has a strong cross-platform presence and includes a number of iconic brands and franchises — both broadcast and digital — including Y96.9, 96.1 The Beat, My 99.9, Sunny 106.3, 107.9 KBPI.

iHeartMedia has massive consumer reach and influence across multiple platforms and delivers more live programming than any other media company. As Market President for iHeartMedia Colorado Springs, Kumm is charged with managing and growing all programming and sales operations. She will work closely with JoJo Turnbeaugh, Regional Senior Vice President of Programming and Ryan Clune, Regional Senior Vice President of Sales, to maximize the market’s leadership position in audience and partnership engagement. Kumm will report to Region President, Tim Hager.

“Sam Kumm is a proven leader, and she just happened to be in our backyard,” said Hager.

“Sam’s energy and passion is a perfect match for our best-in-class team. There’s no doubt that Sam will propel iHeartMedia Colorado Springs to heights that rival Pikes Peak.”

Samantha began her career in radio in 2004 in Eugene, OR with a six station cluster that included the flagship station for the University of Oregon football and basketball programs. She has 14 years of experience the industry as a seller and a Director of Sales, and will bring a wealth of promotional and sponsorship experience to increase the company’s footprint in the region.