Stiffs on a Plane (And Elsewhere) 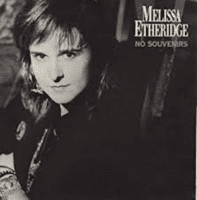 Appropriately enough, my plane was taxiing to the gate when I found myself tagged in a post about another airplane ride. Radio promotions veteran Paige Nienaber was talking about the ‘80s channel he had encountered as in-flight music recently. The channel was billed as “’80s hits,” and there were a few of those, but in between the hits, he encountered such songs as:

Those weren’t all the unusual titles Nienaber encountered. Some of them were deep enough that he couldn’t even search the lyrics. “I just wanted to hear a song that I knew,” said Neinaber, although he added, “But they played ‘Right on Track’ by Breakfast Club, which was cool.”

As commenters would point out, some of those songs were hits somewhere other than the American pop charts, whether it was the U.K. (Soft Cell), the R&B chart (Temptations, Rene & Angela), or Country. But it wasn’t the ‘80s hits as most people know them.

From there, the discussion pretty much split among two camps — the “play the hits” people, for whom that sort of playlist only proved how hard it was to play the hits if you weren’t a trained radio pro, and the “aisles of smiles” team, those readers might have been trained pros who knew what the hits were, but they still found surprise and delight in the music they heard playing at retail (or on airplanes).

It was fellow trade-journalism veteran Keith Berman who tagged me. “I hear more [of the] great, forgotten tracks at my local King Sooper’s than I do on Sirius XM’s decade channels. I wish Sean Ross would shop there so he could write a column about it.” (King Sooper isn’t in my area, but I still miss the PathMark in South Orange, N.J., that played a deep mix of classic R&B a decade ago.)

That debate could also be couched as “programming vs. playlisting.” Are you trying  to play the hits to please the most people, or are you trying to give somebody a pleasant two-hour audio experience, and trusting that they’ll ride along? I programmed some inflight music projects in the early 2000s, and I was definitely going for the retail experience. It was exciting to have a paid outlet for curation, especially before mix tapes had been elevated to the level of curation in popular culture.

Either choice requires an aesthetic. If you program the hits of 1983, “I Melt With You” seems like a safe choice now, but it was a cult fave at the time, only becoming an accepted part of the Classic Hits canon over the years. It could as easily have ended up as an in-store indulgence. Play “I Know There’s Something Going On,” the bigger hit then, but now lost to time for most people, and you’re making a choice as well. And many curators, asked to assemble a 1983 playlist, would program both. Because why not tweak musical history? I liked “Treat Her Like A Lady” well enough. It should have been a pop hit at the time. Why not add it in now?

When it comes to playlisting vs. programming, expectations are key. In the supermarket aisle, I’m disappointed if I only hear “Tainted Love” and “Time After Time.” I’m not alone. “I get the reverse surprise at Starbucks, when the ‘not the hits’ mix I’ve grown to expect is replaced by ‘only the hits’ and it’s a bit of a letdown,” writes Andy Cahn, who understands.

When it purports to be “programming,” I admit to listening with a different filter. Often what I’m hoping to encounter in either circumstance is “hits plus.” As a programmer, I want some evidence that you know what the hits are, then as a music lover, I want to know that you can augment them. I like to think that my airline endeavors made sense to the people who heard them — beyond sounding like random mixtapes. But it’s very easy to sound like somebody else’s random mixtape. Today in a restaurant, I heard Natalie Merchant, “Kind and Generous,” into “Rapper’s Delight.”

“Hits plus” is hard to find, with current or classic music. Often what I hear in the digital world is either narrow — the ‘80s channel playing “Love Shack” into “The Safety Dance” — or seemingly random. Some streaming-only Oldies stations can span 1956 to 1996 in no apparent order. Even if you miss the Top 40 format that “played it all,” its variety was spread across the hits of the day, not four decades.

Wanting “hits plus” might seem like a very Sean pathology. But maybe not. I’ve felt for a while now that most listeners have a frame of reference that is about 80% overlapping, augmented by about 20% intensely personal favorites; (this was the individual’s mix-tape that proved it.) Nienaber would have seemingly been happy with a few more enduring radio hits, punctuated by “Right on Track.” (People always seem to treat “oh wow” differently from the challenge of learning new oldies. That usually takes a movie or TV commercial to create the shared experience that people didn’t have at the time.)

Berman’s experience notwithstanding, some of my best supermarket music stories are about satellite radio. For years, my regular supermarket played Sirius XM ‘70s on 7. On Saturday afternoons when the American Top 40  reruns play, I would find myself wondering if anybody else was enjoying, say, “Precious Love” by Bob Welch as much as I was. There was also the moment on Halloween night when they played the infamous “D.O.A.” by Bloodrock. I wondered if anybody else even noticed, but ‘70s on 7 was replaced by AC The Blend and soft-rock The Bridge soon after.

I asked Facebook friends for their best experiences with music in public places where the expectation was something other than “the hits.” Their answers fell into a few categories:

“’Dreadlock Holiday’ by 10cc in a supermarket, twice!” — Jamie Vernon

“I discovered ‘Big in Japan’ by Alphaville in a grocery store by using Shazam. Soon I fell in love with it.” – Tristan Sanchez

“’This and That’ by Michael Penn” – Justin Rugnetta

“I was in Friendly’s and heard ‘A Place in the Sun’ from Pablo Cruise … T’Pau’s [U.K. hit] China in Your Hand in a McDonalds.” — Rob Walker

“‘Witchi Tai To [by Everything Is Everything] in Trader Joe’s.” – Paul Christy

“’Crazy in the Night (Barking at Airplanes)’ by Kim Carnes in Meijer. I pulled it out of mothballs to add to the music track of my Halloween display.” – Joel Dearing

“’Shake Your Love’ by Debbie Gibson at a Superstore in Windsor, Ontario.” — Mike McDowell

“Climie Fisher’s ‘Love Changes Everything’ in the occasional Ross Dress for Less. It’s like whoever programs their music stopped removing old currents in fall ’88.” — Josh Hosler

“Safeway has a great playlist. I heard Billy Joel’s ‘Summer Highland Falls’ a few weeks ago and wept while waiting at the premium liquor cabinet.” — Jeanne Ashley

“At a much-loved pizza chain in Dayton, Ohio, where I gathered with a singles group, I heard ‘Hypnotized’ by Fleetwood Mac.” – Brad Lovett is now married and when he hears that song (another Bob Welch lead), “I imagine myself and my wife hearing that song at some really upscale restaurant or nightspot.”

“’Another White Dash’ by Butterfly Boucher on a cruise ship’s hallway music.” – Brendan McNulty, who made two new friends with his post, Paxton Guy and Rob Walker.

“‘One on One’ by the Trews from Nova Scotia, while trying on ice skates at Dick’s was too perfect.” —Andy Cahn

“’If I Ever Loved You’ by [Del Amitri lead singer] Justin Currie. I was so blown away, I just stood there.” —John Clay, who was inspired to trace the song to InStore Audio Network, “who apparently have some pretty damn great music programmers.”

“My discovery of Empire of the Sun’s ‘Walking on a Dream’ — now one of my favorites — happened at a Mexican restaurant in Brooklyn in 2011.” – Chris Molanphy, who had to Shazam the song at the rough halfway point between its everywhere-but-America hit status and its 2016 ad-driven resurgence.

“’Here’s Where the Story Ends’ by the Sundays at a TJ Maxx in Saugus, Mass.” – John Gorman, who, in the era before Shazam, asked other customers and record reps, before finding somebody at a local record store who could ID the song. Five years later, the advent of Modern AC would have made that song an American hit. At the time, it had to settle for Alternative radio and being an all-time in-store classic.

“In the ‘70s, I heard a beautiful song I didn’t know in Kinney’s Shoes, ‘I Think I’ll Tell Her.’ It took me years to find out it was Ronnie Dyson.” – Guy Aoki

“Meja’s [everywhere but the U.S. ’90s hit] ‘All About The Money’ and most of Lenka’s singles get regular play at Wegmans.” – Lance Venta

“Seattle is a very Triple-A market by restaurant standards. I heard ‘Light On’ by Maggie Rogers in the mall when it first came out. ‘Home’ by Marc Broussard during a recent trivia experience at a bar. And ‘Good Kisser’ by Lake Street Dive at a Red Lobster.” – Brandon Charles

“I was driving my ’72 Vega on the little bridge that crosses the Woodcliff Lake reservoir in North Jersey, with the moonlight dancing on the waters, and “Walk In Beauty” from Charles Lloyd’s ‘Weavings’ LP played on WTFM. I can still go back in my mind’s eye and ear.” – Anita Bonita

“I heard Morrissey sing ‘Throwing My Arms Around Paris’ in a Publix. All pretense of any remaining youth were shattered amongst the trash bags and napkins in Aisle 9.”— Tom Barnes

“An instrumental version of Depeche Mode’s ‘Personal Jesus’ at the Acme in Bryn Mawr.” — Anne Gress

“My wife and I were at the mall, and we walked into Skechers where ‘I Can’t Wait’ by Nu Shooz was playing. Maybe not as exciting or interesting as some of the other stories shared here, but – I did find it somewhat amusing to hear that particular act in a footware store.” — Frank Thomas Dell’Orto

“I heard the Clash, ‘Lost in the Supermarket,’ in a supermarket.” – Elizabeth Ross

Songs That Came Home From Vacation

“I was on vacation in Cancun when I heard this song that everybody was doing a crazy dance to in a club.” And so Jerry Dean brought “Macarena” back to KLUC Las Vegas.

“Many years ago, I heard K.W.S.’s ‘Please Don’t Go’ at a grocery store before it was a hit in the U.S. I was thrilled by it.” – Joseph McCombs

“When I was eight, I was taken to the other side of the world. We landed at a motel/resort in Goa, India, which had piped in music along the exterior corridors.” And that’s how Derek Rubinoff discovered George Baker Selection, “Paloma Blanca.”

“Walking through a clothing store in Valencia, Spain, a few years ago and Shazamed this gem.” — Jay Kruz, who has “S.E.X.Y.R.O.B.O.T.” by the Pinkertones in his iTunes to this day.