What This Week’s “Most Added” Say About CHR 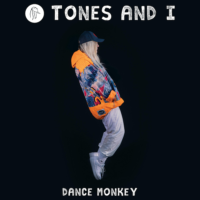 Fifteen months ago, with streaming in the media spotlight, and CHR radio not sure what to play, I wondered if the music biz still cared about making great “radio records.” The short attention-getting song that could hold its own on a streaming playlist was easier and cheaper to promote than a radio hit, even if the payout was a fraction of a cent at a time. Nothing sounded like a hit as radio had been trained to know it; each song seemed to come with its own 2:25 of confusion.

But since then, I’ve started to feel that radio and streaming are spurring each other to more songs that work on both platforms. Both of the Song of Summer 2019 contenders were songs that came from streaming. “Old Town Road” didn’t need to go to power rotation at radio to become a cultural phenomenon, but it got enough airplay to reinforce what was happening elsewhere and got further than many of its peers. “Bad Guy” finally making it to power was the victory lap for Billie Eilish after two years of being as entrenched with your 14-year-old-daughter as an artist could be without a “pop hit.” In the end, both songs proved that radio still mattered, even if it wasn’t the gatekeeper. Also, if an attention getting 2:35 song could be up and punchy, not just ethereal and squawky, it could be good for streaming and radio.

Now, consider also that the music industry continues to look at which songs are “most added” at radio — an exercise tethered to but not entirely reflective of the drive for airplay. Cynically viewed, “most added” is a game that allows a label to show managers and artists a success story, especially at formats like Mainstream AC or some Active Rockers where there’s not as much actual airtime for currents. It’s not even meant to game the airplay charts; it’s arguably even less meaningful. Some acts still need it; these days, others have a zillion other Web metrics to cite instead.

Beyond that “Adds” don’t always mean the same thing — sometimes they announce that meaningful airplay is imminent at a given station; sometimes they confirm that it started six days and 18 spins ago. Two songs with the same number of adds can have very different prognoses in terms of being “real hits,” depending on where those adds are and the quality of airplay that backs them up. Some stations no longer even report adds, letting the charts and trade publications designate them automatically after a week. When I was editor of Billboard’s Airplay Monitor, I would have been happy to see reported adds replaced by that sort of monitored tally, which is what we published.

Then, about a decade ago, I began to find adds interesting again, both in the aggregate and at stations I respect. One of music radio’s issues is the relatively small number of programmers displaying enterprise on music, and the much larger number waiting for the “label commitment.” But I like to look at the adds for those stations who still help find the hits, and I like it when the overall tally confirms that their boldness was borne out. Blackbear’s “Hot Girl Bummer” might have only been a viral phenomenon. But KYLD (Wild 94.9) San Francisco is regularly aggressive on finding songs; thanks to their initial efforts, Blackbear has indeed been among the “most added” in recent weeks.

I’ve started to care about adds because they now represent a label commitment not just to a song but to radio itself. And overall this week, the CHR “most added” makes me cautiously optimistic about the continued improvements of the available pop music. A lot of this week’s developing hits show the subtle changes taking place in a format that was once a morass of 85bpm EDM ballads, where mediocre songs took forever to break, then lingered because there was nothing else to replace them. A lot of this week’s newcomers have production elements that wouldn’t have been out of place 18 months ago but now they’re in service of records that are overall a little hotter, punchier, better.

Because “Most Added” doesn’t align exactly with gains in airplay, looking at this week’s top 5 doesn’t show you everything that’s happening. Kesha’s “Raising Hell” was among the top 5 most added last week; this week it’s No. 8, but it’s still developing quickly at CHR (41-29). It’s telling of the music now that Kesha wanted to make a tempo record again, carefully taking the fun factor of the early hits, the righteousness of “Praying,” and finding a way to combine them.

Travis Scott’s “Highest In The Room” was No. 2 most-added last week. “Sicko Mode” was the defining case study in Top 40 very slowly assimilating the new Hip-Hop. Now, the two are meeting halfway on a record that’s less bravura, but more linear. It’s still among the top 10 most-added this week.

A lot of the CHR keystone records are further up the charts now. Post Malone’s “Circles” just went to No. 1: a mostly up-tempo pop-rock record that became a real hit, when so many like it didn’t. Lizzo’s “Good as Hell” is a streaming story that CHR should have found faster, but is quickly embracing now.

Niall Horan, “Nice to Meet You” had a more typical mainstream up-tempo-pop arc — off to a fast start, slowing down now. I don’t know whether “Circles” being a real hit helps it regain momentum. I hope it will, and “Circles” proves there’s still an appetite for that kind of song.

In the meantime, here are the top six most added (thanks to a tie) and what they say about pop now.

#1 – Zedd & Kehlani, “Good Thing” (41 adds) – The superstar DJ collaborations continue to spread out in various directions, with many of the recent efforts having elements of the EDM ballads that dominated the charts a year ago, but also with twists that give them variety. This is a midtempo record with a pulse, also intriguing for its nod to the Dionne Warwick/Bacharach & David records of the mid-‘60s.

#2 – Tones & I, “Dance Monkey” (40 adds) – For a few weeks in fall ’97, I looked pretty smart to my American radio friends by telling them about this song that was exploding internationally, right after I began streaming Capital FM London and other UK stations. Of course, “Torn” by Natalie Imbruglia followed suit in the U.S. My hit-sniffing acumen was good enough to be earlier than most people, but mostly because I was in a position to be exposed to it sooner. But I still had to decide to search out the hits-of-the-world; even then, only a handful of American PDs did.

So you can look at “Dance Monkey” as quirky indie pop that came to the attention of U.S. radio, first Alternative, then CHR, via streaming. But it was also her second Australian radio hit, and she’s already got a third climbing the charts there. “Never Seen the Rain” is an even poppier, even more mass-appeal potential follow-up (and shares at least a little DNA with “Torn”). As with Lewis Capaldi, “Dance Monkey” is a song that broadcast radio could have had even sooner by watching the world charts.

As it happens, “Dance Monkey” did have CHR champions like Z100 New York, which got to it relatively early in the process. Part of what makes it work for radio is the multiple levels it functions on. It lives in that undefinable hip pop space between CHR and Alternative, but it also happens to be a hip, up-tempo pop record of the sort that CHR needs.

3 – Dua Lipa, “Don’t Start Now” (38 adds; last week’s most added with 124 adds) – “New Rules” was very much of its type, and very much the best of its type. It had the airy start, the chopped and hyperkinetic vocal samples, but it also had a great concept and hook. “IDGAF” was less of what the format needed — less tempo, edgy title – it pulled off the balancing act between dark and delectable far less well. Then there was “Swan Song,” interesting, different,  and one of those songs that radio embraced just quickly enough to propel it into the research buzzsaw too soon.

“Don’t Start Now” goes back to successfully giving radio what it wants, and the differences say a lot about 2017 vs. 2019. The airy opening and the drop on the pre-chorus are still there, but it kicks in sooner and hits harder. It’s a difference you hear in a growing number of songs now.

4 – Black Eyed Peas x J Balvin, “RITMO (Bad Boys For Life)” (25 adds) — When there was an embarrassment of riches at CHR, the Black Eyed Peas’ hitmaking tenure ended with them becoming unhip and fading away, punished for nothing worse than making skillful, crowd-pleasing records that helped drive CHR’s late ‘00s/early ‘10s comeback. Some were “Boom Boom Pow” and “I Gotta Feeling.” Some were more rote, but suffered mostly by comparison. I always wondered when they were going to come back to rescue a format that needed more tempo and more fun.

“RITMO” is BEP making a record for the radio now, the poppiest of the “Urbano” collaborations that have flourished since “Despacito.” But it’s marked by their cleverness and an inspired sample, Corona’s “The Rhythm of the Night.” It’s not “so 3018” (as “Boom Boom Pow” would have put it), but it’s still appealing, and I hope it puts them in a position and a mindset to shake things up again. And the two stations leading on actual airplay — WPOW (Power 96) Miami and WKSS (Kiss 95.7) Hartford, Conn. — are among two of today’s most interesting on new music.

5 – Blackbear, “Hot Girl Bummer” (24 adds)– When I heard it on Spotify’s “Today’s Top Hits” in late August, first I smiled, then I wondered what radio would do with it. Then KYLD (Wild 94.9) San Francisco, also one of our few starter stations, found it. I don’t know if “the kids” think radio got there on time, but it’s still prominent on “Today’s Top Hits” and it’s still funny.

5 – Max f/Chromeo, “Checklist” (24 adds) – Despite my ongoing cry for “more tempo,” I liked “Lights Down Low,” and I loved how it broke as a true local hit in Honolulu before its long journey at CHR. As has been the pattern here, “Checklist” is still of a piece with the retro-house we’ve been hearing, but the influence of streaming means that the song gets off to a faster start than a similar record would have a year ago, and that it wraps up in 2:15. Chromeo’s “Jealous” should’ve been bigger in America; it’s nice to have them back just as the cycle in music makes that sort of song more viable again.