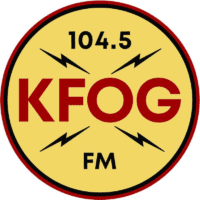 There was no mention of its significance on the air, but at 12:33 this afternoon, KFOG San Francisco played the current Triple-A hit/Alternative chart record “When Am I Gonna Lose You” by Local Natives. At that moment, the answer to that question was only a few minutes old. The press release had gone out at 12:30 announcing that KFOG would begin simulcasting Cumulus AM sports sister KNBR on Sept. 6, just in time for the NFL season.

It wouldn’t be fair, in a “Final Listen,” to go looking for traces of the KFOG that was a genre-defining Triple-A station for much of the ‘90s and ‘00s, drawing streamers from well outside the area to its “10 At 10.” For the Bay Area friend who wrote me as soon as the news broke, that era began to wind down more than a decade ago, when morning man Dave Morey retired. Even then, she continued to listen until 2016 when KFOG overhauled its airstaff, segueing first to the more Classic Alternative-based version of Triple-A, then to Alternative outright. At the end, KFOG was in a format war of attrition which rival KITS (Alt 105.3) led 2.1 to 1.1 6-plus.

But it is fair to apply the test I find myself using a lot more these days, “Is this station representing radio?” Do the imaging and jock breaks in any way get my attention, or might I as well be streaming an unhosted playlist? Middayer Dayna was indeed upholding her end of the bargain to do station business in a non-generic way. She had artist stories I hadn’t already heard. When she gave away concert tickets, the contest began with “if you’d like to see Smashing Pumpkins with me…:” before adding, “We don’t actually have to drive together.”

And on the day its demise was announced, KFOG’s sweepers were all about representing radio. PD Jacent Jackson’s stations have always been cleverly imaged, but there was a lot more going on here than the Alternative format’s usual deadpan self-deprecation.

Going into spots: “104.5 KFOG can’t listen to your conversations, figure out what ads to play, and generally creep you out. We’re radio, and radios don’t do that. So laugh at our weird choices in this set of ads and stand by.”

Then there was this one—delivered earnestly: “This is a message to remind you to stop flipping stations. What are you hoping to find out there? We have some decent songs. We’re not playing any commercials for a while. Let’s hang out. KFOG.”

KFOG was also doing something I haven’t heard on a music station before: engaging with NPR, albeit lovingly. As a Triple-A, KFOG had found itself buffeted by both the rise of public radio and Modern AC KLLC (Alice 97.3).” The first sweeper I heard declared, under French bistro music, “KFOG is commercial free right now. What does NPR have on that? Nothin’ but a bunch of stupid learning.” An hour later, there was another one: “Hi there, NPR listener. Ready to think about nothing?”

If you had hung in with KFOG over the years, you would have found the music palatable. With much of the Triple-A format leaning Alternative these days, there was only one song in the 11 a.m. hour—Linkin Park—that couldn’t have been on a Triple-A station as well. (If you count the Jay-Z remix, that was one of two songs heard on KITS in the same hour.) Ironically, the Local Natives song was probably a nod to the station’s DNA as well; it’s top 30 at Alternative but much bigger at KFOG’s previous format.

Here’s KFOG just before 11 a.m., the last full hour before the announcement of the format change.