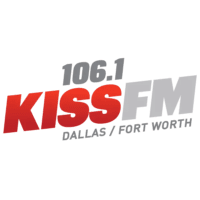 During Top 40’s worst moments—the time before “Sucker” by the Jonas Brothers—you could look at the monthly PPM ratings and occasionally see some of the market’s powerhouses start to look a little more vulnerable. Stations like KQMV (Movin’ 92.5) Seattle and WXKS-FM (Kiss 108) Boston were still buoyed by their morning shows, and never in danger of becoming like their four-share peers in other markets. But you still wondered how long they could defy gravity.

So it was encouraging for the format to see KHKS (106.1 Kiss-FM) open up its market lead in the just-released August PPM ratings, up 5.8-6.7. Kiss was one of CHR’s first rebound success stories in the ‘90s. For most of the station’s history, it’s been one of CHR’s best-executed stations, something confirmed when the station’s Kidd Kraddick Morning Show was able to continue after Kraddick’s passing.

Kiss is still a well-oiled machine—hit oriented, PPM-tight. But there are brush strokes. When I took a Fresh Listen on Wednesday, the personality breaks were still impactful, not perfunctory. There are also musical brush strokes: even as the station that invented the “fast on rhythm, slow on everything else” CHR template that still dominates decades later, under PD Patrick Davis, Kiss has often been the first major-market iHeart CHR on those rock crossovers that do make it through.

At this moment, the most noticeable thing about Kiss’ music is Billie Eilish. “Bad Guy” is a power, but “When The Party’s Over” remains a significant presence. Then there’s “My Strange Addiction.” Nobody else in any format is playing it besides Sirius XM Alt Nation. It’s not on Spotify’s Today’s Top Hits. On Kiss, it’s gotten 160 spins over the course of the last five weeks or so. It’s one of the best acts of new music enterprise in any format, and yet you would never hear Kiss and think they weren’t playing the hits.