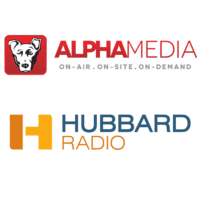 The deal to sell the Alpha Media West Palm Beach cluster to Hubbard Radio has been completed.

Kalil & Co. served as broker for the deal.

This is to announce that a contract has been signed and an application is being filed with the FCC for the transfer of six radio stations WRMF-FM, WIRK-FM, WMEN-AM, WFTL-AM, WEAT-FM, and WMBX-FM, West Palm Beach, Florida, to Hubbard Radio, LLC from Alpha Media.

The Seller, Alpha Media, is an Oregon-based company headed by Bob Proffitt. Alpha Media also owns 213 stations in 46 markets. Mr. Proffitt commented on the announcement, “While we are sad to see these great stations leave the Alpha family, we are equally happy for Elizabeth Hamma and her excellent and dedicated team to join Hubbard Radio.”

KALIL & CO., INC. is the exclusive broker for this transaction.

Original Report 9/26: Alpha Media has announced it has agreed to sell its six stations and one translator in West Palm Beach FL to Hubbard Radio.

Alpha acquired the FM side of the cluster as part of its purchase of Digity in 2016 and then added the two AMs from the bankruptcy of James Crystal Enterprises in February 2017.

INSTANT INSIGHT: The deal announcement comes just after Hubbard Radio CEO Ginny Morris stated she was skeptical about needing to grow for the sake of growing. Obviously Hubbard sees West Palm Beach as a way to get better. Meanwhile, the Alpha programmers all found out about the loss of the company’s third biggest market via the press release being sent while at a corporate dinner.

“Radio is a local business. We don’t have to be bigger. We will only get bigger is we can get better. Our industry is still trying to work out of the reckless we have to get bigger at any cost. If the FCC opens regulations, we can’t do that a second time” – Hubbard's Ginny Morris

Alpha Media has reached an agreement in principle to sell its six radio stations in West Palm Beach to Hubbard Radio. [WRMF-WIRK-WMEN-WFTL-WEAT-WMBX]

Terms of the sale have not been disclosed, while Alpha says a definitive sales contract hasn’t yet been signed and is subject to satisfying any conditions contained in those agreements.

Alpha employs roughly 105 people in West Palm Beach, including full-time and part-time employees. The company has had a presence there since February 2016 when it purchased the stations from Digity LLC.

The exit from West Palm Beach leaves Alpha with 213 stations in 46 markets around the country. The company has been selling off assets to lower its debt leverage.