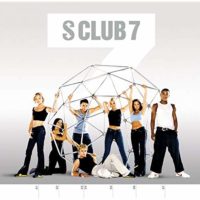 By the time you read this, it will still be less than two weeks since recently arrived WKHX (New Country 101.5) morning cohost J.J. Kincaid heard S Club 7, the early ‘00s teen pop act — huge in the U.K., represented in the U.S. by one semi-hit —playing on the music service at a gas station. As “a goof,” he created a Facebook page called “Oh Damn . . .  That Song!” Within eight days, Kincaid said, he had 218 members and 12,258 posts. Many of those posts used the term “rabbit hole” to describe the members’ frenzy in posting forgotten hits and semi-hits.

“Oh Damn” — I’ve softened the exclamation of choice in this article’s title somewhat in hopes of not provoking SPAM filters — is at least my third Facebook group in which radio people or music lovers post their “oh wow” songs, not including mystery lyric groups. Radio veterans Brian Burns, Ron Leonard, and Guy Zapoleon are involved in the “Billboard Chart Floppers” group, targeting those songs that peaked between No. 20 and No. 100 at any time in pop history. “That Thing With Rich Appel’s Wow 100” also gets postings, especially in advance of Appel’s spring “Wow 100” countdown.

What has been most interesting about “Oh Damn,” besides the ferocity of the response, is the era represented, as well as the presence of a number of current decision makers at today’s contemporary radio. As the group expanded, the songs posted came to span all eras, including a few from the ‘70s and MTV ‘80s, but the center has been the late ‘80s through early ‘00s — particularly rhythmic pop titles but also a lot of the alternative nuggets that came just a little too early for radio’s “new rock revolution” (e.g., James, “Laid”).

The next Classic Hits format — the one that begins rather than ends with Bon Jovi and Bobby Brown — has eluded radio for a decade, but there are signs that it is finally starting to take shape now. The ‘90s started to test more for Mainstream and Hot AC stations when PDs augmented the first group of Modern AC songs — Hootie, Sheryl Crow, Shawn Colvin — with more Rhythmic titles (“No Diggity,” “This Is How We Do It,” “No Scrubs”) and some songs that seem like lost novelties to everybody except the audience (“Mambo No. 5,” “Tubthumping,” “Tom’s Diner,” “Lovefool”).

Some of the postings here are songs that you expect will be back when the ‘90s and early ‘00s are finally represented — “I Wanna Sex You Up,” “The Boy Is Mine,” “Groove Is in the Heart” (already a tester in some places). Some are titles from the mid-‘80s dawn of the rhythmic pop era that have already had their chance and are probably going to remain lost — e.g., Eddie Murphy’s “Party All The Time,” which Kincaid says has been posted at least five times in eight days.

But obviously, with 12,258 postings, members’ “Oh Damn” songs have gone far deeper — from Lita Ford, “Kiss Me Deadly,” to Willa Ford, “I Wanna Be Bad.” It is also interesting to note that one of the most-posted songs has been Fatboy Slim’s “Weapon Of Choice,” far better known for its Christopher Walken video than as a radio record.

There’s also a certain amount of hate-posting. A lot of lost hits are lost for a reason. Androids’ “Do It With Madonna” came from that early ‘00s era when CHR was desperate for pop reaction hits. The group member who posted it notes that it doesn’t hold up now. I thought it was a hit title in search of a decent song even then.

But I can now vouch that somebody fondly remembers playing Brooke Valentine, “Girl Fight.” That song sounded hectic to me — the euphemistic parlance of a previous decade for “busy and incoherent” at the time. After a few years of meandering electronica at radio, though, it’s sounding pretty good this morning. And a few nuggets posted here probably will resurface at some point. I’ve put together two ‘90s stations without playing U-Krew, “If You Were Mine.” But it was a major secret weapon among PDs in 1990, and maybe I’ve overlooked it.

A few things emerge from seeing the songs posted here. Little confirmation was really needed on this front, but it’s clear that listeners don’t quite cluster the songs they grew up with the way every other generation does. For me, “Life in a Northern Town” by Dream Academy is the type of AC’ish mid-‘80s pop that made rhythmic stations like Power 106 L.A. a necessity. Others seem more willing to remember that song and Nu Shooz, “Point of No Return,” with equal fondness.

Another is that the early ‘90s and early ‘00s may seem like a doldrums period where the second and third generation of rhythmic pop finally brought the genre down: not New Kids on the Block but Jeremy Jordan; not Destiny’s Child but Dream and Danity Kane. But of course, those periods are more of a continuum with the music everybody liked if it was your high school or first job in radio music.

The slide rule is less reliable these days in determining listeners’ frame of reference these days. The time/space continuum of what a listener of a certain age should know and like has broken down just enough that we’re surprised when a 17-year-old doesn’t know Van Halen. But in less than a month, even the end of the ‘90s will be more than 20 years behind us. The only question will be whether listeners can go nearly as deep in the era as radio people.

Meanwhile, here’s a Spotify playlist covering just a few of the songs posted in “Oh Damn.”