About Tempo, Now That We’ve Got Some 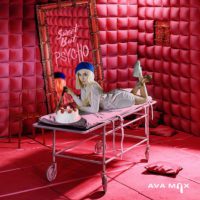 When you write about the lack of tempo in pop music as relentlessly as I have over the last few years, you risk people thinking that’s all you care about. I recently recalled the difficulty of scheduling Adult Top 40 — all the tempo came from the gold; the hits were “Shallow,” “Be Alright,” and “You Say”; dead slow songs could be kept one record away from each other, but not much more. But what about “passion,” asked a commenter, who added that his AC programmer training had been that passion for a song could convert into “energy” as surely as tempo.

As I wrote that column, new Song of Summer contenders, many of them mid-to-up-tempo, were arriving on a regular basis. I predicted that scheduling a contemporary format would probably be easier now. “Me!” wasn’t quite up-tempo but it was bouncy, energetic, happy — the next best things — and it was still in its honeymoon with radio. “Sucker” was up-tempo and it was No. 1.  “Sweet But Psycho” and “Dancing With a Stranger,” embraced quickly by thirsty CHR and Hot AC formats on spec, were finally settling in to power rotation. And indeed, Mainstream CHR is a lot easier to listen to this month.

Some thoughts, then, about tempo:

Of course, it’s not all that matters. At times of format crisis, tempo becomes the enabler of mediocre records — songs that do not become “Sweet But Psycho” or “Sucker.” Instead, they get propelled to the top 15 by desperate PDs and succeed only in proving that tempo, by itself, is not enough. I liked Niall Horan, “On the Loose” and Halsey, “Alone,” but when those songs didn’t go all the way, it just made PDs more resolute in their willingness to play “Slow Hands” next to “Without Me.” Even scheduling Classic Hits, where tempo abounds, strength and song-to-song variety matter, too. Otherwise, all you have is an exercise tape.

When there are no peaks and valleys, tempo can become oppressive. When the good times of the late ‘00s/early ‘10s began to wind to a close, there was almost nothing but tempo, and eventually it seemed overwhelming. Kesha’s “Blow” had plenty of tempo, but it felt droning and joyless. No wonder we ended up with “When I Was Your Man,” “Stay,” and “Just Give Me a Reason” as the format slowed later. For the last few years, however, most of the CHR music hasn’t often generated the kind of passion those songs did, either. It just sounds like “Blow” slowed down.

There are multiple variables involved. Whether a song reads as up-tempo really depends on more than tempo itself. What we’ve been missing has really been mid-to-up-tempo, medium-weight songs (not too busily produced) in major keys. The tropical influence on today’s pop has been such that even the up-tempo titles lope along — eventually, that is, after their downtempo or airy/ethereal opening.

When it was current, programmer Guy Zapoleon once described Alanis Morissette’s “Hand in My Pocket” as the prototypical hit single. That song was more mid-tempo than up-tempo, but it was bouncy and happy (but with enough edge to it for contrast). “You Oughta Know” may have been hotter — and it certainly felt to me like it was restoring tempo and energy to CHR — but it was noisier, angrier (or so male PDs said), and to some people I talked to at the time, it might have as well been Pearl Jam, “Black.”

But nothing else is tempo. And listeners notice when it’s gone. It’s generally agreed now that the ascent of Classic Hits from “one of several successful formats” to surprise market leader had something to do with having tempo at a slow time for other foramts. Pop listeners may have been passionate about “Shallow” or “You Say,” but playing them back to back on CHR or Hot AC, preceded by “Psycho” and followed by “Perfect,” is still not delivering on format expectations. And a surprising number of Classic Hits PDs have successfully decided to sit out, say, “Total Eclipse of the Heart,” no matter how passionately listeners feel about it, or how energetically Bonnie Tyler sings it.

Things feel much better now, better now. It didn’t take long to set things right. Everybody hears songs differently, but at least eight of the current CHR top 10 are either up-tempo (“Bad Guy,” “If I Can’t Have You,” “Sucker”) or midtempo/bouncy (“Wow,” “Me!,” “Dancing With a Stranger”). CHR feels a lot more listenable now than even a month ago, and even the new mid-tempo titles that could have as easily been out six months ago (“Nightmare,” “Never Really Over”) sound fine, both because they’re new and exciting and they’re playing next to tempo.

But stations are still inconsistent. Sometimes the tempo on CHR is still mostly because of all the gold and recurrents that stations were using to cover — e.g., I heard a sequence that was “Just Dance,” “7 Rings,” and “There’s Nothing Holding Me Back.” All hits, well-balanced, and with more up-tempo hits available throughout the hour, I didn’t mind that the current here was a ballad. Listen to Hot AC, where the newer songs are developing more slowly, and the energy will still come largely from the gold.

That said, it’s very still possible to hear the “bad old CHR” during the course of an hour: too many EDM ballads by too few artists. These days, the two Post Malone songs in the hour are likely to be “Wow” and “Sunflower,” but I still heard “Better Now” and “Psycho” within a half hour of each other recently. If you play “Nightmare” into “Old Town Road,” I’ll grant that you’re playing two songs that people are excited about now that don’t sound like each other. But I’m hearing “Nightmare” into “Sorry, Not Sorry,” too.

Let’s hope it’s time to weed the library soon. When Top 40 rebounded from its early-‘80s doldrums, stations (mostly) followed the lead of all-current WCAU-FM Philadelphia by cutting gold to one an hour. When the format came back in the mid-to-late ‘90s, some PDs stocked the gold library with party songs from the disco era. What those two very similar approaches had in common was the realization that there wasn’t much worthwhile recent gold from the last few years. And “Sorry, Not Sorry” did not have the same excitement of either more up-tempo songs or newer, more exciting titles in the same vein.