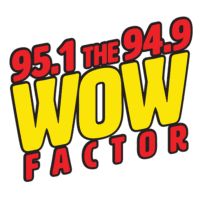 When radio was at its most universal as a shared experience, there were certain musical journeys from genre to genre that you could pretty much count on a large number of listeners having taken together:

There was the listener who began with Top 40 radio in the late ‘60s/early ‘70s, then switched to rock radio, usually somewhere around age 12-13. If you meet a Detroiter of a certain age, you have a pretty good chance of guessing their musical history correctly if you say “CKLW until 1974, then the AORs.”

There’s the Southern Californian who grew up with AOR on KMET or KLOS, then switched to KROQ’s Alternative “Roq of the ‘80s.”  In other markets, those fans might have been in opposite cliques.

It’s easy now to find the ‘90s male listener who liked, and still liked, both Hip-Hop and Alternative. Or the ‘90s Hip-Hop/R&B fans lured from CHR for more than a decade, until “American Idol” and turbo-pop brought them back to the pop side.

As common as some of these shared musical histories are, it’s rare that programmers reliably build a radio station around them. The most common, least abstract one has been the oft-repeated AC paradigm of the last 35 years—older uptempo titles; softer recent ones. KCBS (Jack FM) Los Angeles did successfully follow L.A.’s evolution to the point where some of its relatively obscure KROQ classics became playable for Classic Hits KRTH (K-Earth 101).

Recreating other coalitions are harder. Acknowledging Hip-Hop and Alternative together still scares rock radio, because if you are old enough to miss the cut-off point by even a day, you really don’t hear a commonality. Will stations in a decade play both Country and Top 40 from the early ‘10s for the listeners who liked them both? They’re afraid to play those songs together now.

One of the first promos for KOAI Phoenix, veteran programmer John Sebastian’s long-sought first outlet for his “Wow Factor” format, promises not just “all the music you love,” but from “every phase of your life.” It’s Sebastian’s programming journey, too: Top 40 through the mid-‘70s, then Top 40 stations with Album Rock values, then Rock radio, outright. In the early ‘00s, Sebastian programmed Country stations that played Classic Rock gold—once a common strategy, but by then contrarian.

Like a number of prominent launches of the last 18 months, the Wow Factor plays a lot of the ‘70s titles that have now disappeared from Classic Rock and Classic Hits formats. Also, some that never got there; the first song on the station was “Ride My See-Saw” by the Moody Blues. It’s not The Breeze stations or any of their Soft AC brethren (including a previous version of KOAI as “The Oasis”) because there are harder-rocking titles in the mix. Unlike any of the recent attempts, there’s also ‘90s and ‘00s Country. As one friend astutely observes, it’s almost the inverse of Sebastian’s country stations.

Jack-FM made a point of not explaining its (not really that unusual) variety as anything other than “playing what we want.” Sebastian’s ’70s stations specialized in a type of earnest promo that was transparent about what the station was doing, and you can hear those here as well. The same promo with the “every phase” line has several other good ones: “more radical variety than any other station in the Valley”; “it’s not a slogan, it’s the truth” (another promo calls the station’s more music claims “fact, not fake news”).

Other liners refer to The Wow Factor as “the boomer station.” The sweepers into stopsets say there will be no more than three minutes of ads. The sweep starter afterwards follows-up: “Promise made. Promise kept.”

Currently, KOAI’s stream is geo-blocked for most listeners, but it is possible to follow the station through the now playing/song history info on its streaming player. Without the imaging and without actually hearing the transitions, reading some of the segues sound more provocative than they are on the air. Aerosmith, “Sweet Emotion” cold-segued into Alan Jackson, “Remember When” went right by me without evoking an “oof.” But I didn’t hear George Strait, “The Chair” into Jimi Hendrix in real time.

There’s another significant difference to The Wow Factor. Some ’70s/’80s-based ACs go older and softer to establish an initial beachhead, but remain concerned with 25-54, and often modernize as quickly as possible. Wow Factor is one of several stations cheerfully defining its target as 55-72.

The first hour of the station was published in the launch story on Radioinsight. Here’s nearly two hours of The Wow Factor on its second day, October 1, just after 11 a.m.:

I’d love to hear your thoughts on the Wow Factor or any of the other recent stations of similar intent. Please leave a comment. You can also see some of my recent Twitter dialogues on the station (including with Sebastian himself) here.