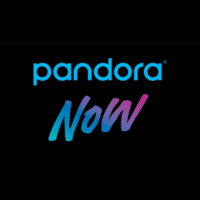 One fascinating aspect in the merger of SiriusXM and Pandora, and one surprisingly not covered elsewhere, is how different their programming profiles were. Pandora was conceived in music discovery and curation, but its superpowers turned out to be something else. One was the skip button, not new but game changing when made available on an app. The other was going mainstream broadcast radio one better on “even more music, even less talk, even more hits more often.”

Even before Sirius and XM became one entity, their very different promise was always “all the things you like about the radio experience, but more so.” Nearly 20 years later, there’s been the necessary tightening, but SiriusXM is still where you still hear Mark Demos and Jenny Eliscu on triple-A channel The Spectrum championing a great new song or artist like it was 1977 on WNEW-FM New York. Not everybody had or romanticizes that experience, but if that’s you, you’re probably grateful to have it again.

A few months ago, I logged an hour of SiriusXM’s ‘80s on 8. There was “Don’t You Want Me” and “Love Bites”—two consensus hits that you’d hear on a major-market Classic Hits station. But there was also “I’m Your Man” by Wham! and “Just Like Jesse James” by Cher (the latter staged as a lost hit). On ‘70s at 7, there was “Never Been to Spain” by Three Dog Night and “Sentimental Lady” by Bob Welch.

This morning, revisiting those notes, I launched Pandora’s ‘80s Pop Radio and the first song was “Sweet Dreams (Are Made of This),” followed by “Don’t You (Forget About Me),” “Borderline,” “Everybody Wants to Rule the World,” “Every Little Thing She Does Is Magic,” and “Edge of Seventeen.” In Classic Hits world, all but one of those are usually power rotation songs, and all are safe familiar hits.

Depending on which radio experience you’re more inclined to, you might think I’m diminishing the other in my descriptions here, but there’s no such intent. Between them, SiriusXM and Pandora both cut into broadcast radio’s utility. Broadcasters correctly noted that neither incursion was fatal, but they were both significant enough to be felt. In their various ways, SiriusXM and Pandora also did a good job of organizing the infinite dial of audio choice for users in a way that made them feel empowered, not lost.

The SiriusXM Pandora merger was announced just before September’s Radio Show 2018 and consummated shortly before this week’s NAB show in Las Vegas. In between, broadcasters typically tried to act unimpressed, but from the outset, it was clear to me that this was a significant event on the audio landscape. (To his credit, Jerry Del Colliano was the trade journalist who did recognize its significance in some recent columns on the topic.)

The elevator pitch for the SiriusXM Pandora merger was that they would complement each other on platform—SiriusXM’s stronghold in the car; Pandora’s streaming utility at work. I felt they were being too modest. What the merger really brought us closer to was one-stop audio shopping, something which has thus far challenged broadcasters (and which only iHeart Radio has fully attempted).

Between them, Sirius XM and Pandora were all kinds of radio for all kinds of people, and now they’re one entity. Pandora has had its challenges in marketing on-demand streaming as one of its offerings, but it’s still a tool at their disposal, and it’s now combined with both lean-in and lean-back listening experiences. If iHeart Media is ever folded in, as rumored, it would add mainstream broadcast radio and a growing podcast foothold to the offerings. It would also give our largest broadcaster even further ability to do its own thing as an entity separately from the rest of AM/FM radio.

Then there’s the battle for music discovery. In many quarters of the music industry, the first association is now Spotify and its other streaming service peers. But SiriusXM held that one down for years in ways that the industry had better appreciate. The Highway channel became the showcase for new Country music as its broadcast peers tightened up. Alt.Nation had a decade-long impact that steered its FM counterparts from being almost Active Rock to something more “true.alt.” Top 40 Hits 1 did the best job of riding “emo/teen punk” through two cycles and clearly had something to do with making “High Hopes” by Panic! At the Disco the most unlikely of CHR #1 hits at 2018’s end.

One of the first acts of a combined SiriusXM Pandora was to add additional channels to SiriusXM’s collection of additional streaming offerings. Then, just over a week ago, they relaunched channel 3, formerly the Rhythmic Top 40 channel Venus, as Pandora Now, with an interactive counterpart on the Pandora platform. The channel promises the most listened to and top trending songs on Pandora. The release promises to combine “the wealth of Pandora listener data with the proven curation experience of our SiriusXM team,” which is very much the promise of the merger.

In the early 2010s, after the SiriusXM merger, XM’s 20 on 20 CHR channel separated itself from Hits1 and refocused on new music—mostly mainstream pop but with some wild outliers. I always thought that channel had the opportunity to become America’s “hip hits” version of BBC Radio 1, but it was never hosted or fully realized. And, besides, Hits1 was sort of our Radio 1. Venus was a late effort at the once typical “Rhythmic Top 40” template—dance, R&B, and Hip-Hop together. It was also an interesting place to hear lost rhythmic pop from the mid-‘00s.

But Rhythmic Top 40 has ended up in a very different place as a result of the streaming rap revolution. The rise of viral rap has returned hip-hop to a central place for any self-respecting 16-year-old for the first time in more than 15 years. It’s been a puzzle for Mainstream Top 40—which isn’t comfortable operating in “Sicko Mode.” But Rhythmic Top 40 and R&B/Hip-Hop stations haven’t been returned to their “Hot 97 in 1997” levels of dominance either. Is that because other audio choices have drained broadcast radio of its importance to Hip-Hop? Because of Nielsen measurement issues? Because even dominating 12-to-24 doesn’t translate to more than a 3-share 6-plus with today’s differing usage among age groups?

Spotify’s Rap Caviar has been a highly influential worldwide mixtape for those 16-year-olds. I initially felt that their Today’s Top Hits was just a tamed/mainstream version—not unlike the relationship between Hip-Hop and today’s EDM-meets-the-ether “trap pop.” But Today’s Top Hits is quickly becoming today’s equivalent of Mike Joseph’s early-‘80s “anything that sells” Hot Hits format—there’s Lil Nas X with Billy Ray Cyrus; new Billie Eilish—the artist Spotify was hip to all along; new BTS & Halsey; both new Jonas Brothers songs; the late Nipsey Hussle; Maren Morris.

Whether your golden age of CHR was 1967, 1983, or 2000, there’s a lot of what you liked about Top 40 in terms of both music discovery and variety on Today’s Top Hits. What there isn’t, is the packaging of it as radio. The hyperkinetic jingles and stylized DJs of Joseph’s Hot Hits made the tepid available music of fall ’81 sound pretty great on WCAU-FM Philadelphia, which in turn helped make the CHR revolution that followed possible. As all of the above suggests, a lot of people are just fine without those radio trappings. But I’m all in for a galvanizing radio experience that spans Billy Ray Cyrus to Billie Eilish to BTS.

Sirius XM and Pandora were always part of the new music conversation, but Pandora Now asserts their place there, now that the space is hotly contested. If you’re an 18-year-old whose chief usage of radio is in the car, now there’s a channel playing Lil Pump getting prime real estate among Sirius XM’s pop channels for ease of use. (Those songs are unedited, by the way, so you’re more likely to listen when you and your friends have the car. Getting a ride home from team practice, you might still opt for Rap Caviar through earbuds.) The channel is also unhosted and, as above, different readers will feel differently about whether that’s the missing piece. For now, it’s Hits1 that still wants to be heir to the ‘80s CHR experience.

I monitored Pandora Now around 8 a.m., ET, on April 5 and heard:

This morning, April 12, I tried it through Pandora, without thumbing or skipping songs and got: