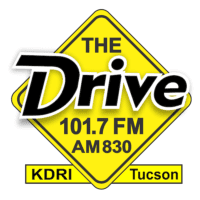 I would have posted this article an hour ago. But I kept going back to KDRI (The Drive) Tucson, Ariz., veteran programmer Bobby Rich’s take on the soft oldies format, because I wanted to hear what they were playing now. I had the monitor I needed for a First Listen, but, hey, there was “We’ll Be Together” by Sting. There was “End of the Line” by the Traveling Wilburys into “Daydream Believer” by the Monkees.

The Drive brings Rich back to Tucson radio after more than a decade. It launched with several days of novelty songs as “The Worm,” and Rich was on the air this morning talking about how the response to even the stunt had been so enthusiastic that the station would find a place for “earworms” as part of the real format. He was also talking about broadcasting from makeshift studios—“not a real radio studio.” His promo for tomorrow’s morning show notes that you can listen on FM or AM, “if you know what that is.”

In its music and mission, KDRI is similar to WRME-LP (Me-TV-FM), the now syndicated Chicago station with a large library and an older target left disenfranchised by Classic Hits outlets that play “Paradise City” and Mainstream ACs that play EDM ballads. The Drive has a similar era mix of ‘70s pop and ‘60s oldies. But unlike the jockless Me-TV-FM, Rich is in mornings and there’s a full staff of market veterans. In that regard, the most comparable station is probably Denver’s KCKK (The Rock) at its launch.

This was the stretch of The Drive that I heard this morning starting around 8:45 a.m. local time:

After the sale of WABC New York, it was correctly noted that the selloff of radio stations was benefiting not the well-admired smaller broadcast groups, who were supposed to benefit, but religious broadcasters like EMF or non-broadcasters who weren’t dependent on the scarce financing for broadcast radio. Rich and his co-owners are the thing you would hope for: people who know how to do a fully-realized music station and still want to.

In the meantime, there’s “By The Time I Get To Phoenix” by Glen Campbell.

Here’s “Make A Move  On Me” by Olivia Newton-John.