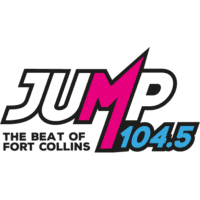 Positioned as “The Beat of Fort Collins”, the station is focusing on Rhythmic hits of the 90s and 2000s. Between the launch of “Jump 104.5” and Townsquare Media’s Rhythmic CHR “Power 102.9” KARS-FM in September, the Fort Collins market went from having zero stations dedicated to Hip-Hop to two in just a couple of months.

Saratoga Radio began operating both KJMP and KYAP via LMA from Appaloosa Broadcasting earlier this month.