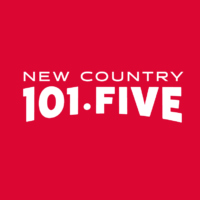 When WKHX Atlanta repositioned after nearly 40 years as Kicks 101.5, it allowed the industry to think it was going to become “The Wolf,” the station name that Cumulus executive VP Brian Philips had helped popularize at KPLX Dallas, one of Country radio’s all-time most influential stations. Instead, WKHX is now “New Country 101.Five,” and its selling proposition is an emphasis on Georgia and Georgia artists.

Fans of KPLX will, of course, recognize that the new WKHX is now invoking the late ‘90s/early ‘00s version of the Wolf in ways more profound than the name itself. New WKHX PD Mike Moore developed his own version of the Wolf stationality at KWJJ Portland, Ore., and sister KKWF Seattle. Since then, a lot of other stations have used the name more generically, not particularly adhering to “the code of the Wolf” (as one memorable set of KPLX promos once termed it).

What WKHX is instead trying to do is something far less common— establish a sense of place. KPLX reinforced the burgeoning Texas Country genre. New Country 101.5 is trying to do the same for Georgia. In one set of sweepers, listeners talk about what they like about the state. Another, a variant on Jeff Foxworthy’s signature routine, talks about ways that you might be “Georgia AF,” e.g., dating somebody because they owned a boat, then leaving because it wasn’t a bass boat.

Another sweeper promises “music made in Georgia and loved around the world.” KPLX was able to combine both the “Texas Country” subgenre and the national artists associated with the state — e.g., George Strait — with “Texas pride,” a potent mix. There’s a parallel between the “red dirt” artists that blossomed with KPLX airplay (Pat Green, Jack Ingram) or at least had memorable local hits (Cory Morrow, Bruce Robison, Robert Earl Keen) and Atlanta Hip-Hop. Now that there’s a station to foster it, it will be interesting to see what local Country emerges here.

Also like the Wolf, WKHX is showing up in the middle of a Country music doldrums, and trying to emphasize more active records than the format overall. Atlanta’s format leader WUBL (The Bull) is much more aggressive than KPLX’s rival at the time, KSCS, a station that was on more of an AC template. But Country radio as a whole has been under the sway over the last year of the painfully earnest love songs that PDs have referred to as “Boyfriend Country.” That term has been used mostly derisively, although a recent story in Billboard Country Update tried (controversially) to spin it as a positive.

In the hour of New Country 101.5 monitored here, there are certainly Dan + Shay and Kane Brown ballads that are among “boyfriend Country’s” biggest, least passive hits. But there’s also a lot of the rock-flavored “attitude Country” that characterized stations like Portland and Seattle’s Wolves since the mid-‘00s. In the hour below, Chris Young’s “Raised on Country” is separated from Jason Aldean’s “Big Green Tractor” by a stopset, but the former is still a current-day successor to the latter.

WKHX is the second recent reworking of a Cumulus Atlanta station. Here’s what we had to say about the first, Active Rock WNNX (Rock 100.5).