Looking At The Ramifications Of The Cumulus/Entercom/EMF Deal Part 2: The Markets 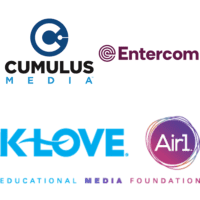 Yesterday we examined the impact the Cumulus divestitures of six stations to Educational Media Foundation and its swap with Entercom would have on each company. Today we look at the eight markets involved in the deal.

From a heritage standpoint losing Hot AC 95.5 WPLJ hurts radio just like losing WLUP Chicago and WABB Mobile to EMF hurt. From a competitive standpoint there was likely one too many stations going after the same 25-54 female demographics in the market.

The big winner here is Entercom which adds 94.7 WNSH (more on that in a bit) and a direct format competitor to Hot AC “New 102.7” WNEW goes away. WNEW and WPLJ have both been hovering in the low 2 share’s well behind iHeartMedia’s market leading AC “106.7 Lite-FM” WLTW and Rhythmic AC 103.5 WKTU. A deal to help promote 102.7 in WPLJ’s final days will be very beneficial to Entercom as would perhaps integrating some of that station’s IP.

Cumulus is not going to remain in New York City with just Conservative Talk 770 WABC and rimshot Urban AC “Radio 103.9” WNBM. The point of eliminating these smaller clusters is to reduce costs and the costs of operating in New York are higher than anywhere else with real estate leases. There’s been rumors for months about Salem acquiring some of the company’s Conservative Talk stations so that will be worth watching out for with WABC, WMAL and perhaps some others. 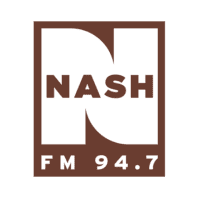 Country on 94.7 WNSH in order to simulcast one of its two All-News AMs. While that will need to be the case within a couple years, we think Entercom will have time before giving up an additional revenue stream like predecessor CBS Radio did when they acquired 101.9 to simulcast Sports 660 WFAN in 2012. There is still a lot of ancillary money that comes with having Country radio in New York that does not come from direct billing. It will also be awhile before the applied WNSH upgrades are built-out which will give the company time to see how the station performs under their watch. A local morning show was just added and by the time the deal closes at the FCC this summer a new brand will likely replace Cumulus’ trademarked “Nash“.

If Entercom did move one of its two News stations to FM, consider that while one would grow with the move to FM the other would also lose audience as it gives one less reason to switch over to the AM band as the only thing left in the market exclusive to the band would be Conservative Talk. So in addition to the lost revenue currently produced by WNSH, putting 1010 WINS on FM would also result in 880 WCBS losing audience to the FM. While keeping them in-house it would lead to Entercom having two less revenue streams in their cluster.

As for EMF, at this point in their growth they needed to be in New York. It won’t dominate in the ratings, however their 96.7 WKLV-FM Port Chester and Pillar of Fire’s “Star 99.1” WAWZ Zarepath NJ have combined for a 1.5 share covering opposite sides of the market. With a full-market signal they should better that. But the big play is generating the attention of Madison Avenue. As EMF rounds out its growth in major markets the next play will need to be diversifying into other avenues. 95.5 and their 100.3 KSWD Los Angeles need to happen for that. Just as much as WRQX Washington needs to happen for another reason… 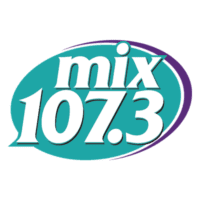 Just like everything else in Washington, EMF needed 107.3 WRQX for political gain.

With the “K-Love” brand in many markets across the country when Republican politicians come to Washington they can promote their favorite station being on in the capital city. And EMF can use its growing clout for political gain with said politicians.

From a programming standpoint, EMF will be in a battle with Atlantic Gateway Communications’ 91.9 WGTS Takoma Park MD which held a 3.5 share in the Holiday 2018 Nielsen Audio ratings and even Salem’s Christian Preaching 105.1 WAVA-FM and its powerhouse signal.

Hot AC “Mix 107.3” was the biggest programming success story of the Mary Berner era at Cumulus. The previous regime had stripped away its branding, moved it to Top 40 and watched the station sink out of complete relevance. Cumulus brought back the “Mix” branding and former morning host Jack Diamond to lead a resurgence that led to Entercom dropping its own Hot AC last fall for Classic Hits. Cumulus is retaining the intellectual property of all six stations it sold to EMF, but only the WRQX call letters as well. As the only Hot AC in Washington and its current eighth place ranking in the market, we have full expectations that “Mix” ends up on another signal in Washington when all is said and done and would be shocked if it wasn’t Entercom operating it.

Like WABC New York it is hard to see Cumulus remaining in Washington with just Conservative Talk 630 WMAL and rimshot simulcaster 105.9 WMAL-FM Woodbridge VA. Other than Salem, could those stations be a fit for rival Hubbard to flank News 103.5 WTOP-FM? 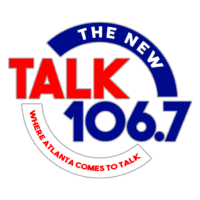 EMF joins a crowded Christian music market with Salem’s “104.7 The Fish” WFSH-FM and Radio Training Network’s “93.3 The Joy-FM” WVFJ already averaging around a 6 share combined (and WFSH hitting number one in the holidays when it is the only all-Christmas station in the Atlanta market). Like new acquisition 106.7 WYAY Gainesville, the signals are not based in Atlanta proper with WFSH-FM and WYAY both sharing the same tower out in suburban Gwinnett County. The difference being that 106.7 operates with 77kW to WFSH-FM’s 24kW. That will give EMF the signal advantage out of the gate in one of the most affluent suburbs in America.

Cumulus has failed for years to find a successful format for the signal with attempts at Oldies, News, and Conservative Talk since Cumulus acquired Citadel.

K-Love is currently heard in San Jose on rimshot 107.3 KLVS Livermore and a ten watt translator. Adding KFFG gives them a path to donations in another affluent region.

By for all intents exiting New York and Washington, Cumulus is doubling down in Indianapolis by adding Entercom’s three stations to its three in the market creating the top player in the market. The combined cluster held a 23.2 share in the Holiday 2018 PPM ratings which feature many of the stations down from previous months and flexibility for Cumulus to make one or two format changes to hurt competitors.

CHR “Energy 93.9” WYRG would likely be first on the watchlist as it made redundant by Entercom’s 99.5 WZPL. With ZPL holding an Adult lean and WYRG leaning younger and more Rhythmic there may be ways to have the two flank each other, however a format change would allow Cumulus to target an addition demographic. Cumulus’ Rock leaning Classic Hits 104.5 WJJK and Country 95.5 WFMS are their existing powerhouses in Indianapolis with both regularly at or near the top of the market’s ratings. To knock off iHeartMedia Classic Rock “Q95” 94.7 WFBQ or Emmis AC “B105.7” WYXB would be the likely goal leading to Soft AC or Rock positioned between WFBQ and iHeart’s “Alt 103.3” WOLT as possibilities for 93.9 or to a lesser extent Hot AC “Mix 107.9” WNTR which is coming to Cumulus from Entercom.

But by adding those two stations to Sports 105.5 WWEI, Entercom has a strong presence in Springfield to pair with its nearby Hartford CT cluster. WMAS-FM is the consistent top rated station its signal downgrade if approved will do nothing to harm its coverage of the market. WHLL recently launched its translator and flipped from Sports in the process.

EMF plays second fiddle to the “Family Life” network in much of upstate New York. K-Love is currently heard in Syracuse on 101.3 W267AL and rimshot 101.7 WGKV Pulaski. The deal gives EMF at least a Class A signal in Syracuse.

Hot AC “102.1 The Sound” WZAT Tybee Island gives EMF a strong 98kW signal in Coastal Georgia. The one-time Top 40 powerhouse in the market as “Z102” has fallen by the wayside with a 1.4 share in the Fall after returning to Hot AC in March 2017 following seven years as a low-rated Sports outlet.

EMF currently has no presence in Savannah with Radio Training Network’s “His Radio” 91.9 WLFS Port Wentworth the established player in the format.