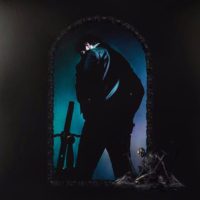 During the morass of Top 40 product in 2018—the lack of tempo, the repetitiveness of the music, the chopped-up vocal samples, the overall claustrophobia of “trap pop”—there was, in particular, the omnipresence of Post Malone.

In summer 2018, I had to monitor two major market CHRs when “Rockstar,” “Psycho,” and “Better Now” were all in play at radio. Those songs were released sequentially, but the combination of Malone’s burgeoning stardom, the weaker available product, and older songs rebounding in callout research to fill a void, meant that some major market stations might have two of the three in power rotation at once.

One of the two CHRs played two of Malone’s three songs in the space of an hour. The competitor played all three. I asked three female co-workers in their twenties: “How do you feel about three Post Malone songs in an hour? Is it OK because he’s hot right now?” But they were adamant that it was too much.

Such was the CHR PD’s dilemma of a year ago. You couldn’t deny the audience what they clearly wanted. But the songs themselves contributed no tempo or energy to the format. (“Better Now,” with a little bounciness, felt like Daft Punk by comparison to the other two.) And it wasn’t so great a time for CHR ratings that you could dismiss this as my crotchety-old-man concern.

Then came “Sunflower”—bouncy and with its nod to “Paper Planes”—and “Wow.” Each had more energy than Malone’s 2018 hits, and besides, other things were starting to happen with CHR music.

Then came “Goodbyes” and I didn’t mind, because other things were still happening with CHR music. And, hey, I didn’t say I didn’t want anybody to ever release a ballad ever again.

Then came “Circles”—the kind of mid-to-uptempo pop/rock song that hasn’t been so present in the format lately, unless it comes from somebody like Lil Peep, who defies the profile of a pop/rock act. (Then again, there are also several such songs on Taylor Swift’s Lover.

In fact, there’s sort of a pop/rock EP embedded on the Hollywood’s Bleeding album, released on Friday (6), with “Allergic” and “A Thousand Bad Times” joining “Circles.” “Allergic” is particularly interesting—melding familiar pieces from both Hip-Hop and Pop/Rock into something attention-getting.

Post Malone has inspired enough commentary, online and elsewhere, to informs the album’s other attention-getter, “Internet,” with its declaration “I don’t get on the internet anymore.” That’s as decent a statement on the tenor-of-our-troubled-times as any artist has managed. Malone is undoubtedly tired about arguing whether he’s a Hip-Hop or a pop artist. I will only say that his shapeshifting is what makes him capable of making surprisingly good uptempo pop/rock, now that he’s chosen to do so.

In the past, uptempo pop/rock titles have been quickly seized upon by CHR PDs, and propelled quickly into a callout research buzzsaw within weeks, particularly Lil Peep/ILoveMakonen/Fall Out Boy’s “I’ve Been Waiting.” But that was before “Sucker,” “If I Can’t Have You,” “Bad Guy,” and “I Don’t Care” proved that tempo and pop had not become completely inimical to a contemporary listener’s tastes. And because Hollywood’s Bleeding has so many viable songs, radio can deal with them in the same buffet table manner that it’s picking and choosing from the new Ed Sheeran, for instance.

As of Monday, Sept. 9, “Circles” is doing great by any measure, up 37-22 at CHR, growing by nearly twice as many spins as any other song. It’s also the No. 1 song on Spotify’s Today’s Top Hits. The test will, of course, come somewhere in the top 15 where real hits are separated from event records.

In both radio and music recently, I’ve been so excited by any green shoots that I risk descending into breathless fandom a little too easily. But it’s always interesting to me when artists pivot.  And it would certainly be something if the voice of last year’s existential depression in pop music feels better now (better now) and becomes one of the people who leads us out of it.