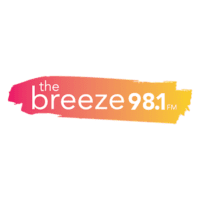 After more than a year of the Soft AC boom, a few things have become apparent.

Not every new Soft AC launch is going to disrupt the market like WFEZ (Easy 93.1) Miami or KISQ (98.1 The Breeze) San Francisco.

The specter of WFEZ and KISQ, along with the increased difficulty of being a newer/brighter Mainstream AC, has caused ripples throughout the format. KISQ’s iHeart AC sister WLIT (Lite FM) Chicago has evolved back to the format. Another Lite FM, WLTW New York, has worked in a handful of KISQ’s signature songs.

WFEZ and KISQ are still doing just fine, despite concerns that the novelty of hearing Air Supply on the radio again might wear off. In the just released October PPM ratings, WFEZ was No. 1 overall in the market again, 7.0-7.0 6-plus. KISQ has rebounded 4.1-4.2-4.5, making it now fourth in the market.

The history of Soft AC has generally been launching with a mix that is just softer and older enough to get attention, then evolving–one reader dismissed the new stations last year as “Classic Hits with a few ballads.” (Stations with more of a ‘60s/’70s component like WRME [Me TV FM] Chicago and the new KOAI [The Wow Factor] Phoenix are emerging as something separate.) During the time when KISQ tapered off, market chatter was that it was trying to modernize too quickly.

In this Fresh Listen, both stations are now a little older than they were when we monitored them nearly a year ago, which is to say that each appears to have swapped out one or two relatively newer songs (1990 or later) for older ones. Easy 93.1 was 66% ‘80s or older last year; this year it was 77%. The Breeze was 58% older last year; this year it was 70% older. Easy 93.1 played one ‘70s song in the hour we heard last year and this year. The Breeze had one ‘70s song last year; it was the same this year, but there was also “My Girl” from 1964.

The growth of Soft AC came at a time when CHR’s increased edginess and waning influence were making it harder to be a “millennial (or mostly millennial) Mainstream AC.” In general, Mainstream ACs now seem willing to consider some titles that they would have considered too soft or too old 18 months ago. Despite this, there’s still considerable separation between the two stations monitored here and their Mainstream AC rivals. Roughly two-thirds of the music in the hours heard wasn’t being played across the street. Neither station went more than two songs without a song not heard on the competition.

As the format evolves and competitors react, it’s been interesting to consider what constitutes a signature song for the format. The soft R&B titles not heard since the demise of Smooth Jazz—e.g., “If Ever You’re In My Arms Again”—are the easiest to tag, along with the Air Supply titles. But there are softer titles—“Glory Of Love,” “She’s Like The Wind”—that other Mainstream AC stations seem willing to consider again. There are some, like “Against All Odds,” that Mainstream AC never considered too unhip to play, but now seem to be moving away from.

Then, on the hour of KISQ I heard, there was Elton John. Many would consider that “Your Song” timeless and even more top-of-mind these days because of “Rocketman.” Maybe it isn’t of interest to some 23-year-olds, but it doesn’t in any way feel lost or cheesy. With most Mainstream ACs having long stopped playing the ‘70s, The Breeze now accounts for two-thirds of its Bay Area exposure, sharing it only with San Jose’s Classic His KBAY. For the new stations, the proudly cheesy songs are the ones that get attention. But PDs are probably just as happy for “Your Song” and “Against All Odds”—strong songs that just happen to not be played elsewhere.

Here’s KISQ just before 3 p.m. on Oct. 2. Asterisked songs are those not heard on KOIT this week:

Here’s WFEZ from the same time: