HD Radio – Too Much, Too Little, Too Late? 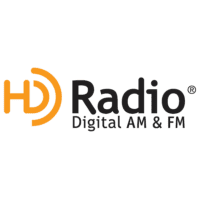 It’s been well over a decade since the first HD Radio receivers went on sale to consumers in the United States, and we have come a long way with the variety and availability of receivers – especially on the dashboard front as part of modern infotainment systems in new cars. This solves the “chicken or egg” problem of nobody having any receivers, but nobody actually knows what HD is, unless they take their new car back to the dealer to complain when their favorite station sounds odd when the time alignment is off and it sounds like a skipping CD while blending back and forth.

Being a radio geek, and not having any shame in admitting I paid $600 for the Boston Acoustics Recepter HD when new in 2006, I forget that there are others out there who just turn the radio on maybe change a preset or two. The other evening I was out with a friend who has a 2017 Mitsubishi Outlander – it comes with HD but no Artist Experience, and I started to show off the various HD subchannels here in the Pittsburgh market. When I came across “B94 Throwbacks” on WBZZ-HD2, my friend was ecstatic! She was instantly transported back to high school and set a preset for it, as well as some other HD-2’s and 3’s in the market.

Now my friend has no satellite radio subscription, nor does she use Pandora or Spotify in the car – so as a constant consumer of radio, why did it take me to show her where to find the “stations between the stations”? Especially when the killer application for HD is the sub channels, even moreso in markets where it fills a niche, and there aren’t many viable signals. In the last monthly Pittsburgh PPM survey, WBZZ-HD2 managed to get a .1 share and 20,000 cume without a translator or any promotion whatsoever on the main channel (the #1 station overall in the market). Ten years ago we had all these industry spots touting “the stations between the stations”, and the timing was wrong – there weren’t enough radios on the market, and not enough stations had launched HD or any subchannels.

A quick search of press releases shows numerous HD-2 formats that would have complimented the main station, but for some reason were never launched – as well as some stations that never went HD. Now that we are at the critical mass of radios available and digital signals launched? Nothing.  A quick listen to Classic Hits “94.5 3WS” WWSW will tell me how to use a smart speaker to listen to the station, but nothing about HD Radio or the Real Oldies subchannel. Nothing on the website either – and for that matter the legal ID is devoid of any mention of HD or digital radio.

While my experience is not universal, I do think that my friends “AH HA!” moment in the car with HD speaks to an issue that we can solve. We need to work with automakers and other electronics outfits to make the UI for HD as easy as possible – not bury the HD logo or make it oblivious that there are multicast channels available. I understand we are now fighting on more fronts than ever for people’s attention, across more and more platforms – but if we are going to do this as industry, let’s not do it halfheartedly. Especially when the upside is people staying with our brands and not abandoning us for Spotify, Pandora, etc. Or winning people back that may have strayed to get their fix of smooth jazz, traditional oldies, or the many other formats that have fallen out of favor.

Tom Lawler is a multi-format on air talent, voice over artist, and consulting engineer. He currently resides in Pittsburgh PA.